A healthy back is a vital component for most of your daily physical activities, and a herniated disc can disrupt all of that. The expert team of pain management specialists at Allpria Healthcare in Denver and Longmont, Colorado, has extensive experience treating the pain from herniated discs and restoring them to their proper functioning, so you can get back to moving like you used to.

Call our Colorado pain clinic at 720-307-7246 to schedule a phone consultation and put your pain in the past. 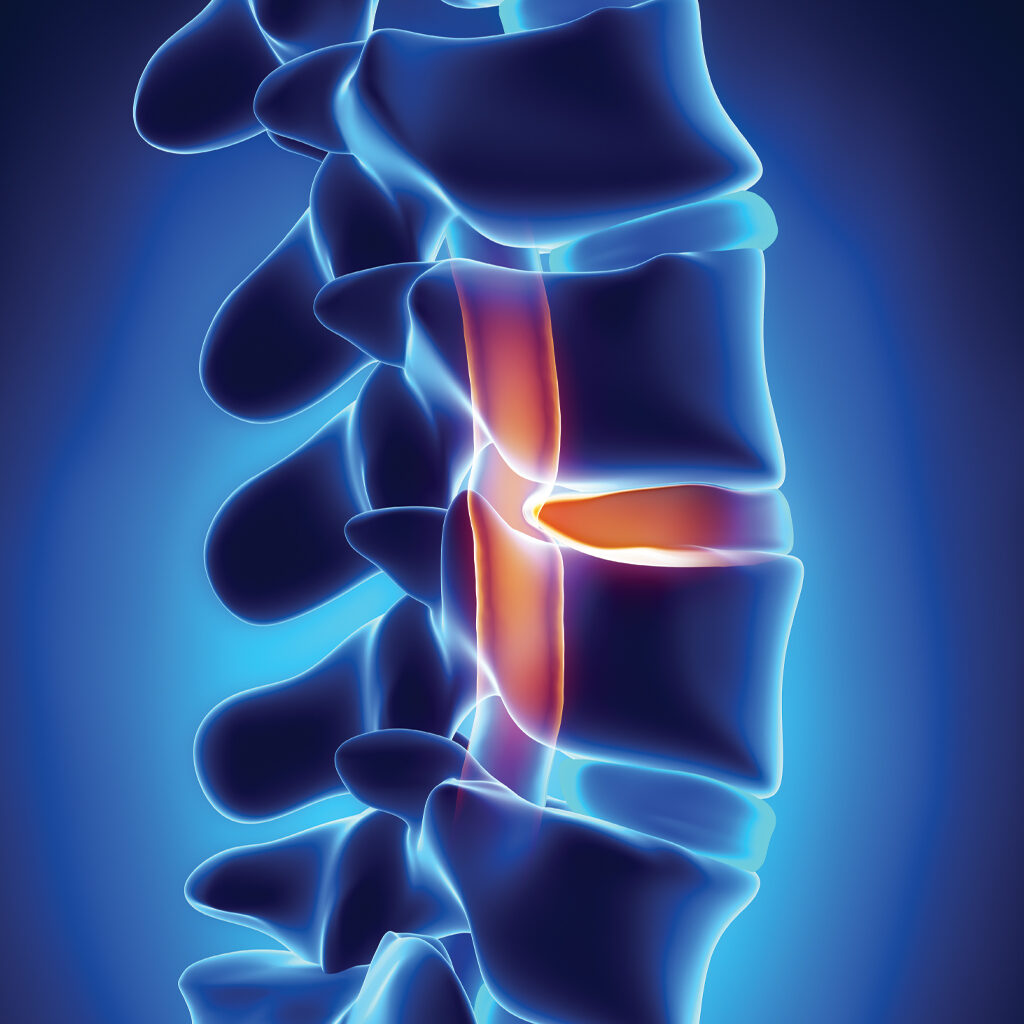 What is a herniated disc?

Your spinal column is a series of bones (called vertebrae), all stacked on top of one another, with discs in between that protect the bones by providing cushion and shock absorption from physical activities.

Those discs are made up of two main parts: a tough outer ring and a soft and squishy inner portion. Sometimes, due to injury or weakness, the outer ring can tear and the inner portion can poke through. The resulting condition is called a herniated disc, or a slipped or protruding disc.

Herniated discs can happen on any part of your spine, from your neck to your lower back, but they most frequently occur in the lower back. If left untreated, they can cause significant pain, and in severe cases, they lead to permanent nerve damage.

What causes a herniated disc?

Discs herniate when their outer rings weaken or get torn, which allows the inner portion to protrude out. There are a number of factors that leave the outer ring damaged and susceptible to herniation, such as:

After years of wear and tear, your outer rings simply weaken, leaving them more susceptible to breaking.

Lifting heavy objects, twisting in a particular way, or putting too much strain on the lower back can damage the outer ring.

The heavier you are, the more weight your discs are constantly supporting. The extra strain weakens them over time.

Additionally, a sedentary lifestyle and weak muscles leave your discs more vulnerable to damage, which can also lead to herniated discs.

What are the symptoms of a herniated disc?

A herniated disc frequently causes pain in the area where the disc is located, but it can sometimes cause numbness as well if the disc is compressing one of your spinal nerves. More specifically, a slipped disc causes pain that is:

A slipped disc might also cause inexplicable muscle weakness and burning, aching, or tingling sensations in the area where the disc is located.

What are the treatments for a herniated disc?

In the most severe cases, a herniated disc might require surgery to fully fix. But most of the time, a herniated disc can be treated with a combination of physical therapy (to strengthen and stretch the muscles in your back and the surrounding areas) and injections to relieve the pain while the outer ring of the disc heals.

The team of pain management specialists at Allpria Healthcare will work with you to build a treatment plan that best suits your daily needs and the severity of your herniated disc. Call our herniated disc pain clinic at 720-307-7246 contact us at the form below.